First, we believe that this trip is of crucial value to students who are preparing to faithfully and accurately handle the Word of God. Visiting Israel gives our students much-needed context and allows them to explore the stage on which so much of the drama of God’s “mighty acts” unfolded.

Second, any good teacher seeks to incorporate visual aids for the students, and there is no better visual aid then seeing in person the land where the bulk of biblical history took place. For STS students, Israel becomes their giant blackboard, their real-life powerpoint, and the pages of Scripture come alive in front of them. 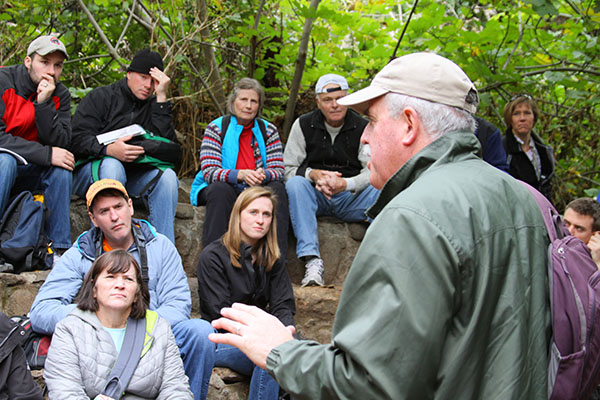 As space is available (and it is limited), travelers who are willing and able to pay the market price for the trip are invited to apply. There are strict demands upon those travelers: they must be physically strong and healthy enough to keep up with the group (which involves walking 8-9 miles/day, and often over rugged and steep terrain); they must enthusiastically buy into the dynamic of a study trip (as opposed to a standard vacation-type excursion); and lastly they must watch pre-trip videos and complete several assignments in order to prepare themselves for the trip.

Our dates for the Israel Trip vary from year-to-year, However, generally speaking, our trip normally starts within the first two weeks of December and returns mid-late December.

Shepherds Theological Seminary facilitates ALL applications. Click on the button below to visit their website for more information and to apply to join the trip. 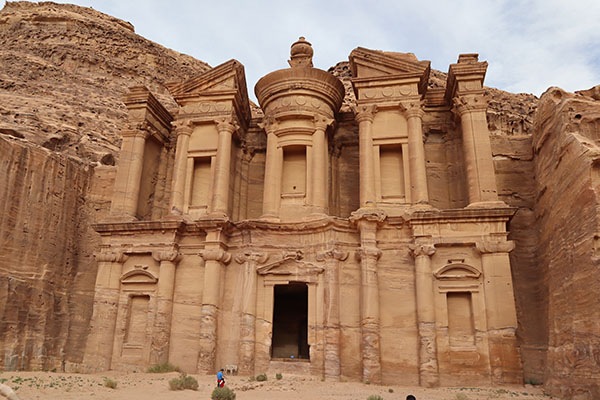 In an effort to maximize the time spent in the Middle East, The WEST Institute has endeavored to create an additional experience for its one-year students and other interested parties (as space allows). The Jordan antecedent to the Israel Initiative offers participants access not only to some of the most pristinely unmolested Biblical Archaeological sites anywhere on earth, but also to the teachings and expertise of regional archaeological authority Joel Kramer.

This trip operates as a separate trip from the Israel Initiative and therefore has a separate application and registration process.

As space is available (and it is limited), travelers who are willing and able to pay the market price for the trip are invited to apply. There are strict demands upon all travelers: many of the sites visited on this particular trip have never been developed or even visited by tourists ever before. Travelers should be prepared for long and physically demanding days, limited conveniences like bathrooms and clean/cold water, and must be physically strong and healthy enough to keep up with the group (which involves walking AT LEAST 7-8 miles/day, and often over rugged and steep terrain); and lastly they must enthusiastically buy into the dynamic of a study trip (as opposed to a standard vacation-type excursion).

We align our dates to coincide with the standard Israel dates. While the exact trip dates vary from year-to-year, our trip normally spans the last week of November and the first week of December.

The WEST Institute facilitates the application process for all Jordan travelers. Please use the form below to start your application for the Jordan trip.

[NOTE] Space is limited and reserved first and foremost for students of The WEST Institute. While applications are encouraged, they do not constitute automatic acceptance.

What Our Students Are Saying…

"Before this trip, the Biblical timeline and the events I learned about in History class didn't connect to each other. However, after this trip I finally saw how things fit together."

"There are no words for how amazing the trip to Israel was. It literally made the Bible come to life."

Study the Bible in 3d

Experience the stage where God has chosen to reveal the truth about Himself and His plan.

This trip is led by Dr. Doug Bookman. His experience with Israel spans over 20 years.

The Israel Initiative is lead by Dr. Doug Bookman, who has been leading educational tours through Israel for over 20 years.

Dr. Bookman has focused much of his teaching career on a renewed emphasis on the life of Christ and the nation of Israel.  In 1987, Dr. Bookman joined the Bible Department faculty of The Master's College. While there, he conceived, designed, and implemented the IBEX program, a semester-abroad program in Israel.  In 1998, Dr. Bookman joined the Friends of Israel as a national representative. Throughout the years he has taught at various colleges and seminaries, and has served as pastor and interim pastor at local churches.  He is now on staff at Shepherds Theological Seminary, and teaches classes in the New Testament and Life of Christ.

Expedition Bible
Where God Came Down

The Jordan Trip Addendum is led by Joel Kramer - pastor, filmmaker, and archaeologist who lives and studies in the lands of the Bible.

Growing up in the Middle East as the son of an oil company worker, Joel's desire to explore was nurtured on family caravan trips through the Arabian desert.

After starting his family, Joel became the lay pastor of a small protestant church in northern Utah, where he gained a new passion—exploring Scripture. His desire to learn about the context of the Bible led him and his family back to the Middle East, to Jerusalem, where they lived for nearly a decade. While there, he earned an M.A. in Archaeology, excavated extensively in Jerusalem, Bethlehem, and Ai, and explored the rich landscape of Biblical sites. His book, Where God Came Down: The Archaeological Evidence, comes out of their time there.

These days, Joel lives in Amman, Jordan, writing, teaching, and exploring the many Biblical sites in Jordan.

In this age of biblical skepticism, Joel teaches from the perspective that the Bible is trustworthy and reliable, and he uses the profound connection between archaeology and the Bible to present the evidence for its reliability.